The Modern-Day Stress of Streaming 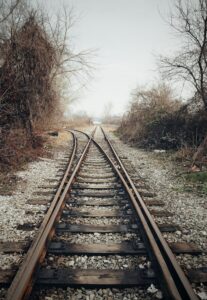 Yesterday, for the first time in weeks, I had two hours of uninterrupted time while my family was out. My husband and daughter went for a drive so my teen daughter could rock out to the metal music they both love.

Two hours! What should I do? Meditate? Exercise? Read?

No. Obviously, I should binge-watch shows on the streaming service we began to pipe in during the pandemic.

Yes. I rarely get time to watch the edgy, dark shows I’m curious about and the British procedurals that I like, so that’s what I would do.

Only I didn’t. Because as I cycled through the possibilities, I began to feel my neck ache. My shoulders tightened. And I was fidgeting with impatience.

Scrolling. There’s one. Nope. Doesn’t fit my mood. Scrolling. Maybe this? Nope. Argh. I couldn’t decide what to watch, and I felt upset with myself that I was spending the little time I had stressing about my streaming service choices.

Finally, after a few minutes spent trying to pick a program to enjoy, I came up with—nothing. It wasn’t hard to find some interesting programs; I mean, I wasn’t looking at elite award winners, didn’t care if I watched the best one. But I had a hard time deciding on any. I shut off the television and opened the book instead. Deciding not to decide felt like the best option of all.

New research led by Thomas Saltsman, a psychology researcher at the University of Buffalo, found that satisficers, defined as those who do limited research or give limited thought before picking a “good-enough” choice, feel more threatened and uncomfortable than maximizers or those who search extensively to find what they consider the best option.

Other research has indicated maximizers would experience the greatest amount of stress and decision insecurity because of the time and thought spent weighing dozens of options. But nope, when it came to choosing a streaming show, I cut the search early to avoid the discomfort caused by too many choices. Instead of picking any one that would have been good enough, I had to get out of there and avoid picking anything at all.

The more choices we have, the more difficult it can become to process the information to help us select the ideal option. This is exhausting—and one reason I don’t like to shop. Just give me a pair of jeans and a t-shirt or colored shirt.

When faced with multiple choices, we also tend to feel less satisfied—buyers remorse anyone?—and more like we’ve made a mistake and picked the wrong option, according to psychologist Sheena Iyengar from Columbia University. I’ve often felt pressure around even the simplest decisions, quickly moving into a “just-pick-one” stance to move on and move forward. While the so-called biggest decisions tend to be easier for me to deal with. The options appear clearer, perhaps.

In reality, the multitude of decisions we make every day may not matter a whole lot to our happiness. We tend to worry, research, and even agonize about decisions big and small, anticipating potential outcomes, so we can avoid making the wrong decisions. But rarely do we accurately predict the impact of our decisions, either good or bad. Psychologist Daniel Gilbert says the consequences of our decisions—whether trivial or significant—are not as intense as we expect.

But now, I’m working to do what Saltsman suggests and become a little more mindful and less reactive around any decision. To be more curious rather than obsessive. Somedays, I’ll be a maximizer, like when it comes to selecting the best doctor for my unique health challenges. Other times, I’ll be a satisficer, picking one of the many award-winning books I have on my shelf. But every day, I’m going to notice how I’m approaching these matters.

Our emotions weigh heavily into what we’ll pick and how we’ll decide. When angry, we tend to make different decisions than we do when we are feeling happy in love. Emotions are an important part of decision making and shouldn’t be overlooked, but it’s worth slowing down long enough to notice what it is we are feeling and why, so we can account for them or wait until they ease.

And with your emotions in check, you might be able to rely on your intuitive sense to guide you, or you at least might be freed up intellectually to consider an alternate perspective or give it up altogether and go do something else that feels good.

That’s what I did that day. I picked up a book. Enjoyed the quiet time reading while my family was gone. In the end, the choice was easy.  Yeah. Right.